Today, we are pleased to announce the availability of new version of Scala based Git centric software development platform GitBucket 4.32.0!

Also, Scala 2.13.0 is the first GA release of Scala 2.13 series, so it may contain unknown bugs or issues caused by backward incompatibility. If you use GitBucket in your business, you should be careful on upgrading your GitBucket to this version.

Official plugins below are bundled with GitBucket distribution:

These plugins are enabled in default. But You need to install other plugins manually in GitBucket 4.32.0.

The compare view now works for commit id, not only branch name or tag name as following form of URL: http://localhost:8080/user/repo/compare/commitId...commitId 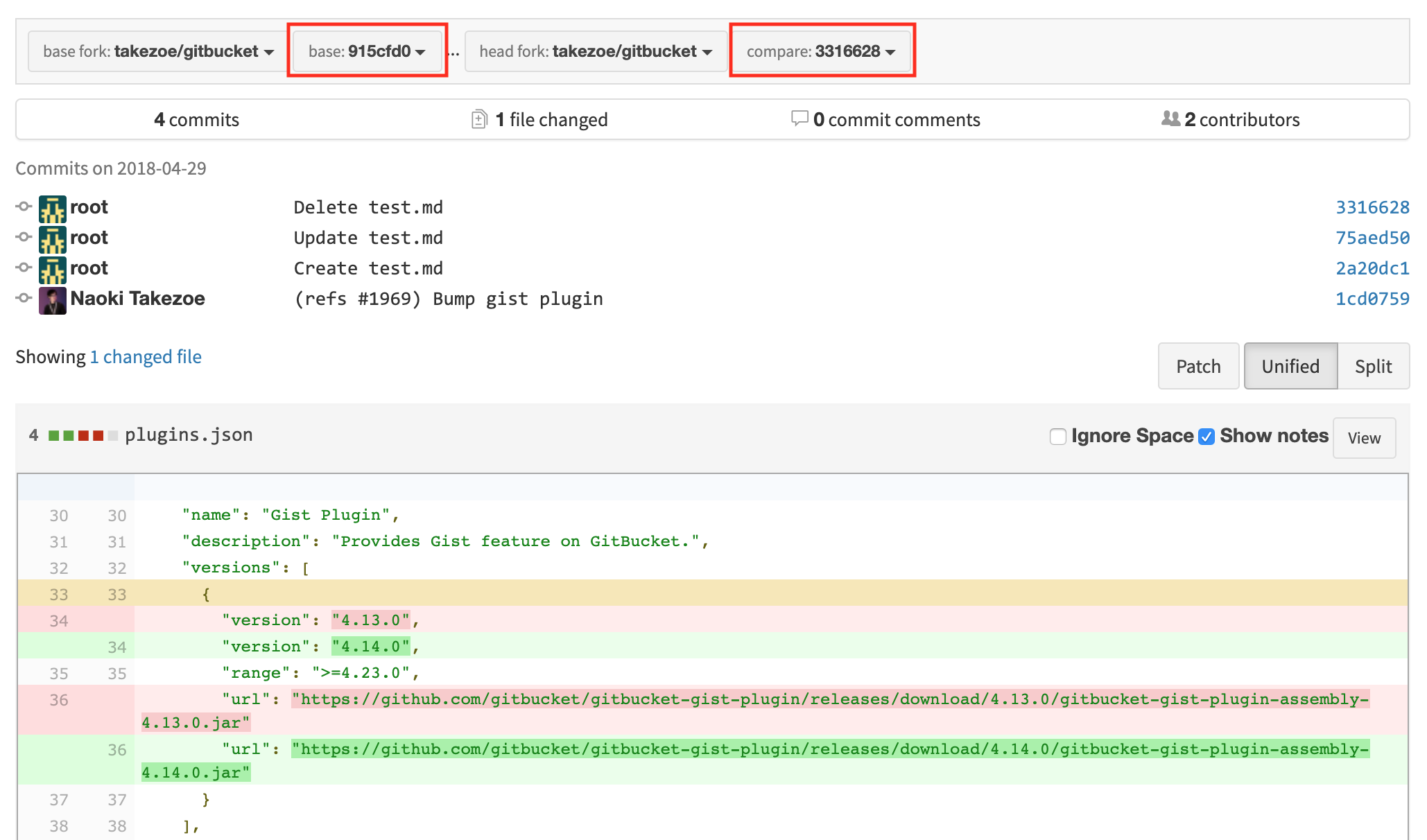 The default priority is now applied to new pull requests, not only issues.

In addition, this release contains some improvements and bug fixes. See all closed issues in 4.32.0 to know details.