Happy new year, everyone! We are going to do GitBucket as usual in 2017 as well.

By the way, I’m working for GitLFS support in GitBucket these days. I would like to talk about it today.

Think about GitLFS support in GitBucket

GitLFS is a git extension to separate large files from git repository. We can see GitLFS specification at here and already there are some Java based implementations.

From these options, I chose JGit’s lfs server implementation and tried to integrate it with GitBucket.

Problem was JGit’s lfs server uses asynchrnous support in Servlet 3.0. Since LFS server receives and sends large files mainly, handling them as asynchronous is reasonable. However GitBucket has many existing non-async filters chain. It’s impossible to put it together.

Checkout this branch and run it. Then you have to fill the base url of your GitBucket instance at the system settings page to enable GitLFS support. 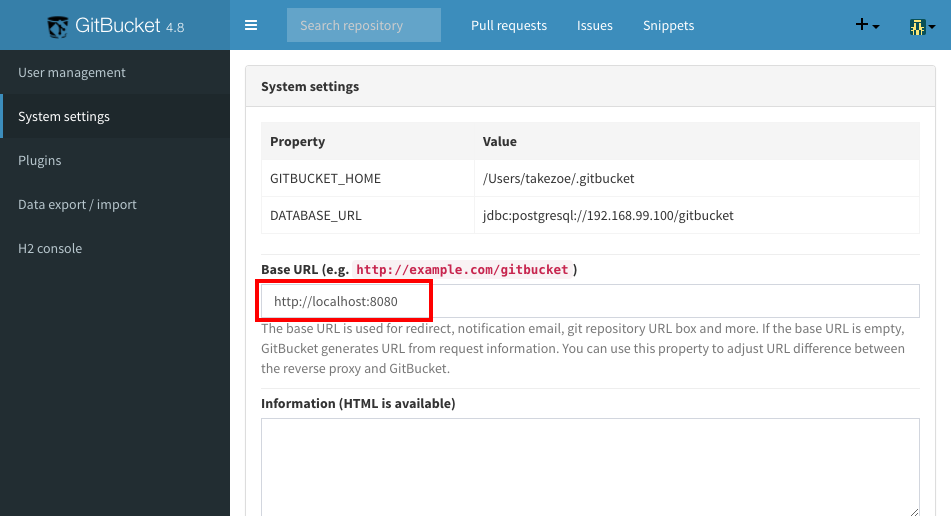 It’s all. Now you can use GitLFS on GitBucket normally. Large files are stored under GITBUCKET_HOME/repositories/<user>/<repository>/lfs. At the blob view of the repository viewer, LFS badge is shown for LFS files as following:

GitLFS support in GitBucket is still experimantal. It has several problems currently including a security issue or various storage support. We have to continue to consider GitLFS support.